- the independent German certification body for education and economy in a globalized world.


For the very first time, a quality level for learning services has been universally agreed on. Representatives of all countries voted unanimously in favor of this ISO standard in the final vote. The agreement is a milestone since it marks the transition to further globalization of the education market. Notably Asian countries estimate very high the efficiency and significance of ISO 29990:2010 (see: symposium on international norms and standards in non-formal education and training, held in Tokyo/Japan on 10 September 2010).

In June 2010 the international organization related to ISO 29990:2010 was founded in Tokyo/Japan: IFCES – THE INTERNATIONAL FORUM FOR THE CERTIFICATION OF EDUCATIONAL SERVICES. DeuZert was the only certification body of the world to have been a founding member. 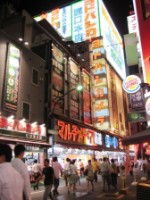 This standard serves as the evidence for international marketability of education services. The confusion which was due to uncountable quality models and quality approaches in the field of non-formal education and training has been stopped. Now there are clear processes as well as a clear process orientation. This standard is becoming a sustainable tool to evaluate and ensure quality capability in the international education market as it offers a customized management system to both tutors and learning service providers.

Transparency and comparability between learning service providers all over the world are now possible.

DeuZert® is a recognized certification body in accordance with ISO 29990 and can make recourse to the highest personnel competence from the responsible Technical Committee ISO/TC 232. It is therefore able to realize a value-adding, sustainable and accepted certification procedure. This is evidenced by our customers, amongst others the renowned Health Academy CHARITÉ (Berlin/ Germany). As the world’s first organization, CHARITÉ has already had many years of experience with the certification standard concerned. Rely on DeuZert® as the trustworthy partner for demanding certifications!

Since January 2011, DeuZert® has been recommended as a competent certification body for certifications in accordance with ISO 29990:2010 by the Forum Distance-Learning (FDL) and by the European Association for Distance Learning (EADL).

On September 23 2011, DeuZert® certified the world’s first (international) educational managers according to ISO 29990.

The DeuZert® certificate according DIN ISO 29990:2010 is an effective and confidence-building instrument for demonstrating internationally accepted quality of education at the highest level.

Our many years of experience flow permanently into our efficient certification process, so that an optimal preparation for certification and a quick certification decision - usually within 1-2 weeks - is ensured.

The procedure of the DeuZert® certification provides:

The following references can be used to request an offer and for further information:

ISO 29990:2010 is designed as a "umbrella standard" to serve as a basis for further education sector-specific standards. Meanwhile the following standards are appeared

Futher standards in this series are in work by the ISO standardization committee ISO/ TC 232, like

The title of the English original version of the ISO 29990:2010 reads: "Learning services for non-formal education and training – Basic requirements for service providers." What does “non-formal” mean in that context?

UNESCO differentiates between “formal” and “non-formal” education, a definition we adopted regarding ISO 29990:2010. In chapter 2.15 of the International Standard, it goes as follows:

What can we do for you?